I mainly shoot landscape and nature photography, and this lens was an upgrade from my Canon 300mm F4 L lens mainly for use on birds and other wildlife. The zoom range may also come in useful for me for more distant storm and lightning photography.

I was nervous to try out the new Tamron lens, especially compared with the high quality I was used to from my Canon 300mm F4L lens. I previously used the 300mm with a 1.4x extender to give me a total reach of 420mm – the image quality was still great even with a teleconverter, but the technology was getting a bit on the older side…. So I decided to try the newly released Tamron 150-600mm, as from what I had heard it was just as sharp as the 300mm but obviously with twice the focal length and the ability to zoom.

Just as a side note, the Tamron 150-600mm will not accept teleconverters. I had initially thought that the 600mm could be extended to a huge 840mm by using my same Canon teleconverter, but this is not the case – the mounts and electrical points do not line up.

The zooming experience on the Tamron

One thing I had begun to miss from using my 300mm + 1.4x was the ability to zoom. With birds and other quick moving subjects it’s great to have that flexibility back! The only negative I have found with the zoom function of the Tamron is to do with the actual motion of zooming – I have small hands and I can’t zoom the full zoom range from 150mm to 600mm in one motion… I have to do two turns of the ring. I know this sounds petty but when you’re trying to be quick to focus on something moving, it takes too much time! So I’ve found that I tend to set my zoom to about 400mm before I begin shooting, and that way I know I can zoom either in or out to the extremes of the focal length, in one hand movement.

Once I’d gotten around the issue of being able to zoom quickly, the only other thing that stands out to me with the Tamron in terms of it’s usability is the weight. It comes in at around 1.9kg which is around 450g heavier than my old set up (that’s the 300mm + the 1.4x extender combined).

The Tamron lens is also looooong. Especially when the hood is mounted, and the zoom is fully extended it feels like you’re holding a serious piece of kit!

When I was looking at the specs on paper, I didn’t think the 450g extra would be a complete game changer – I could handhold my old set up with ease. And so far, it hasn’t been a huge issue.

The lens obviously is noticeably heavier. I can handhold it, but I am nowhere near as steady as I was with my lighter set up.

If I’m sitting, I have to use my knee as a makeshift monopod. If I’m lying on the ground, the tripod ring mount provides a great rest for the lens! I do have a monopod, but have always preferred not to use one for flexibility.

I think with time, handholding the lens will become easier – I just have to build up my strength and get used to supporting the extra weight… I’ve only used the Tamron on 4 sessions so far. 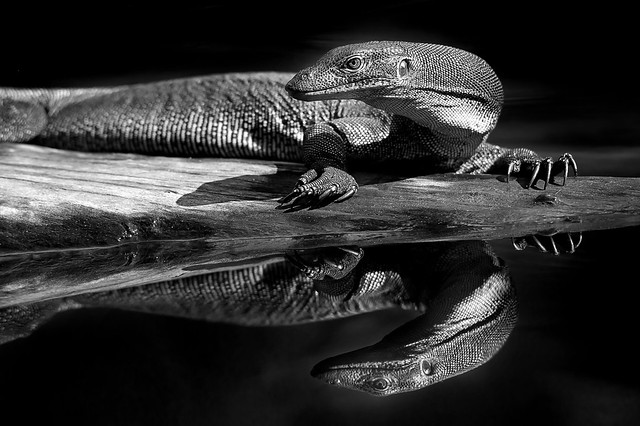 This shot is a handheld shot, just before sunset: 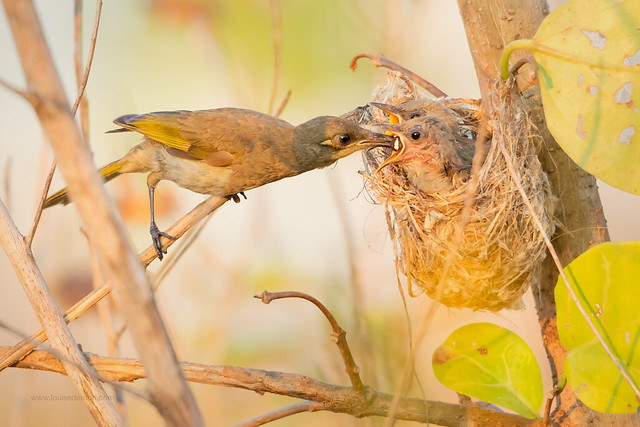 And an azure kingfisher below, another handheld shot but this time in really low light in the shadows of the trees. I was on a boat so not exactly the most sturdy of platforms, AND I don’t have a very steady hand… the VC (vibration control) must do something!! 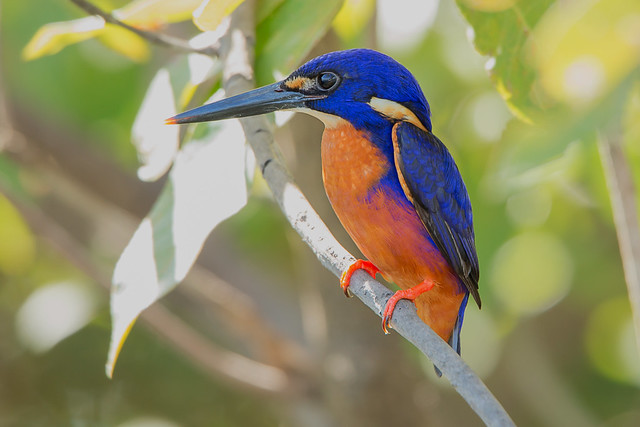 I suppose that brings me on to the all important question and why anyone would be reading this blog in the first place…. the image quality from the Tamron 150-600mm!

I’m hoping the images above give you a fairly good idea of the performance of the Tamron on the 5D. I have done some basic processing on the images above; mainly contrast adjustments and a little sharpening.

The bokeh is nice, the lens is definitely sharp. I don’t think it is quite as sharp as the Canon 300mm F4 L lens on it’s own but it is definitely on a par with the image quality I was getting when I was using it with the extender.

For the price, the long focal length and the ability to zoom the Tamron lens is definitely awesome. I am not sure it is really fair for me to be comparing it with the Canon prime L lens – they are known for their superior quality. That says a lot about the Tamron lens – it almost just about lives up to the quality of a Canon L prime lens.

So far, I’m very happy with the performance and capability of the lens, especially for the price. This is one of the longest telephoto lenses you can get for the price of approx $1400 AUD (June 2015).

Here’s an extract from Ken Rockwell’s review of the lens; (Ken is probably one of the highest rating camera equipment reviewers out there and I agree with his comments on this lens and it’s sharpness)

While amateurs waste time worrying about lens sharpness, pros know that lens sharpness has little to do with making sharp pictures. This said, the Tamron 150-600mm f/5-6.3 is quite sharp, except as expected at 600mm, where — news flash — it’s not quite as sharp as a $12,000 lens.

Honestly, it’s difficult to get perfect results at 600mm of distant subjects because of atmospheric heat shimmer. This has been vexing Man for hundreds of years; most of the time slight differences in air temperature refract light and make ultra tele shots look as if they’re shot through water. This isn’t the lens, it’s nature.

Thankfully this lens is sharp wide-open, which is where we almost always shoot it.

So far I have not had any issues of the focus “searching” for the subject, even in lower light. I’m impressed with the auto focus of the Tamron. My Canon hunted far more than this new Tamron.

The auto focus locked on to this moving target easily – I’ve always struggled with birds in flight, but the awesome focus of the Tamron made it easier than I found it with my old Canon set up: 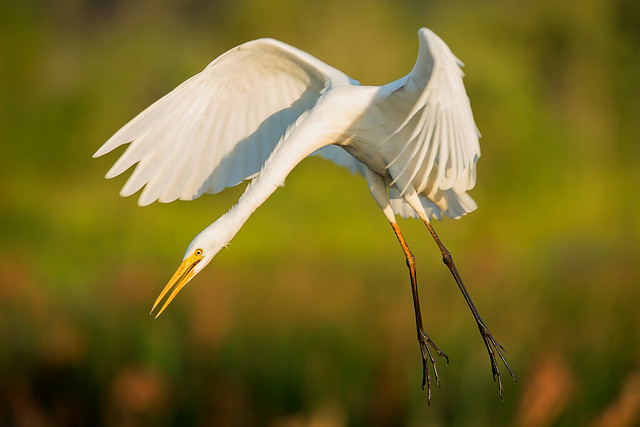 Looking and comparing the examples above, I think this lens probably does not perform at its strongest at 600mm. I prefer the results from a slightly shorter focal length, say around the 450-500mm mark. That will always happen with any lens though – lenses are at their strongest in the middle of their limits (whether that be focal length, aperture, etc). Looking at the images from 600mm though, they are far from “rejected”… just probably harder to get perfect.

Here’s another example at 600mm, the light and conditions here were “right” even with a slower shutter speed; 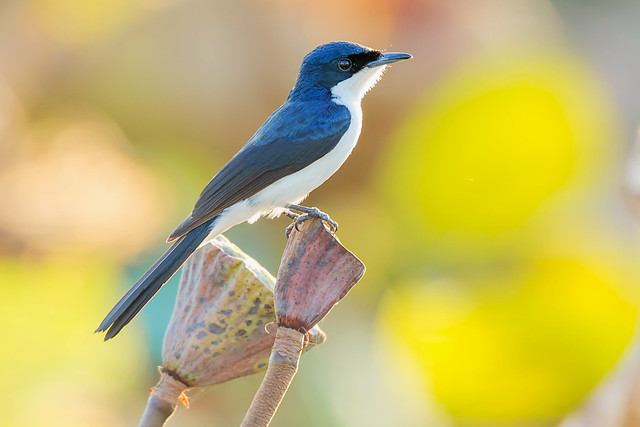 Overall, would I recommend this lens? Yes! I would!

I’d love to get my hands on a new Canon 7D Mark II – on a crop sensor the reach would extend to over a 900mm equivalent I think? (That seems massive!) With a faster camera and a new auto focus system in that camera, the Tamron would probably perform even better!