I’ve been using a Canon 5D Mark III since their release in 2013 (I think it was?!), along with a 17-40mm F4 L Canon lens. I’ve never been happy with that lens – it felt like a reduction in quality from where I had previously come (I was using a Canon 450D and a Sigma 10-20mm f4-5.6). I found the 17-40mm was never as sharp as I expected from an L lens, it suffered badly with distortion and chromatic aberration. Most of these things could be fixed in post processing… But I still found the quality and the downfalls worse than my old Sigma. Not what I expected from an L Canon lens!

It uses the same filter thread size as my previous lens, the 17-40mm. So that’s handy!

I’ve written all of this before I have even looked at the files from my first little sunset test-run with it. These are my first impressions of the lens – keep in mind I am coming from the 17-40mm F4, so your own experiences and impressions might differ.

The first thing I noticed was the weight and size of the new lens. It’s quite a bit bigger and heavier than the 17-40mm. This new lens has image stabilisation which would add to the weight. Not a bad thing, I always use this lens on a tripod.

The second thing I noticed was the zoom ring. When compared to the 17-40mm’s quick and loose adjustment, the zoom ring felt very tight and almost difficult to move for my teeny hands! Once I started shooting though, I feel converted. Yes the zoom ring moves a lot more difficult on the new 16035mm F4, but I found when adjusting my composition through zoom, that it was a lot more accurate and easier to get the ring exactly where I wanted it, first time.

When I’m shooting landscapes, I’d guess 90% of the time I use the LCD “live view” to compose the photo, instead of the viewfinder. As I have my gridlines on the screen, I find it easier using the bigger screen to get things in the composition in the exact spot I want them. I also find the lines useful for levelling horizons! When shooting with this lens for the first time on live view, I really REALLY noticed the vignetting in the corners. This was worst at the 16mm end, and it didn’t seem to improve until around 19mm. I’d never noticed vignetting whilst shooting, with the 17-40mm (or else, I’d become used to it). Coming from my previous lens the vignetting really stood out to me. Remember, I actually haven’t looked at the files yet, I’m presuming the dark corners will be easy to correct.

The final thing I noticed when coming from the 17-40mm is that the 16-35mm seemed less distorted. I notice the curve in the horizon when I am shooting through the LCD live view – and because I have the grid lines it makes it easy to see the curve in the horizon against the straight of the gridlines on the screen. My first impressions of the Canon 16-35mm F4 L whilst shooting, seem that the lens has much less barrel distortion than the 17-40mm.

Time to check out the first files…..! 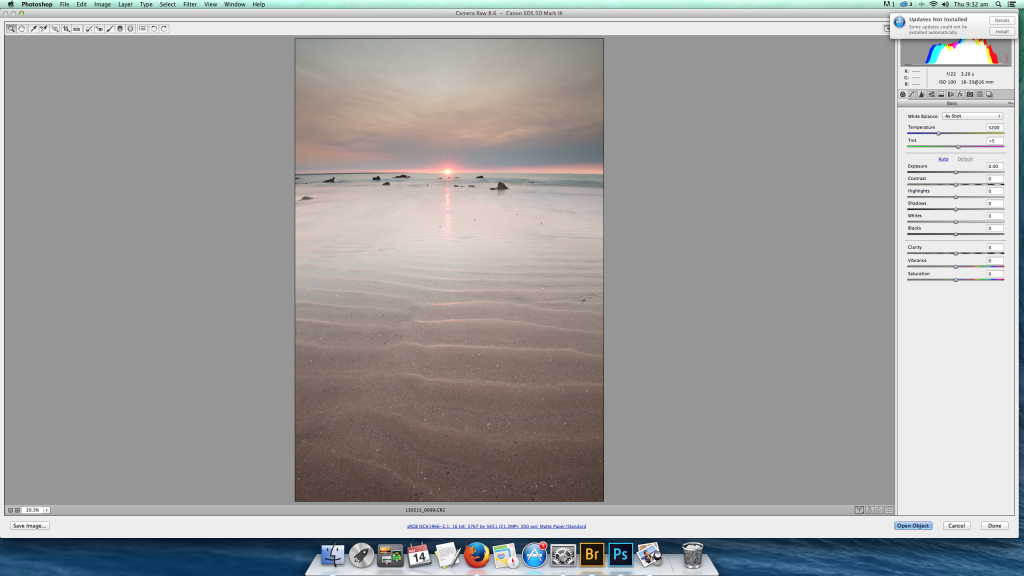 An uncorrected RAW file straight from the Canon 16-35mm F4

I’ve obviously pushed the lens a little on the above image – the horizon is not central, the camera was not level, I wanted to see how far I can go with this lens before the distortion becomes too much to handle!

Here’s another with the horizon a little more toward the centre – also showing quite a nice sunburst from this lens at f22. 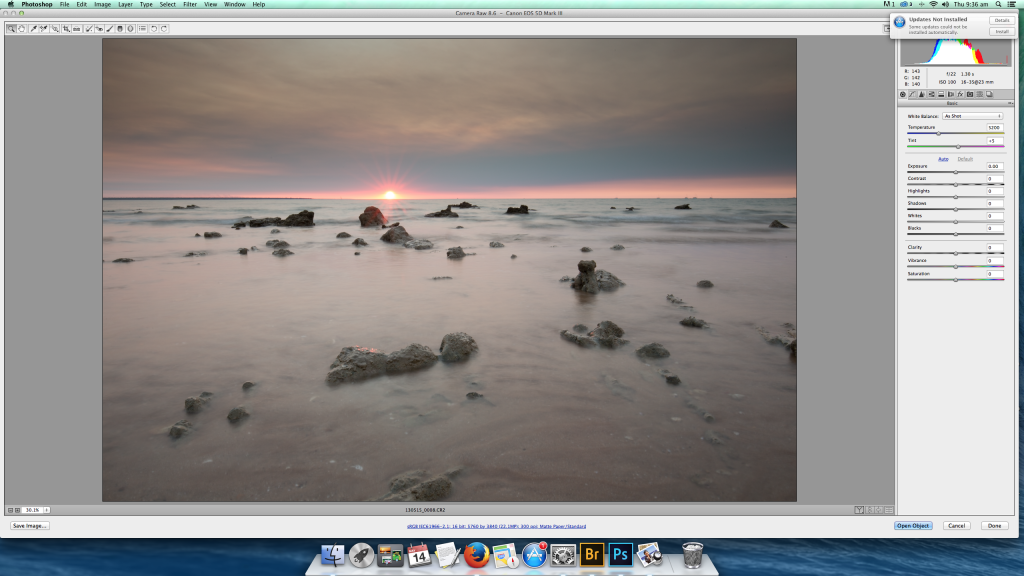 Note, both of the above are the RAW files straight out of camera.

I just want to make it clear that I don’t do all those technical, scientific tests to lenses. I’m literally just giving you my first thoughts as an almost-daily wide-angle-lens-user. I know my gear well. I know how it handles, I don’t care for pixel peeping as such… I just wanted a better, sharper lens that acts like an L lens. The 17-40mm I didn’t love, and I want to love the 16-35mm F4! I still half have my heart set on a 14mm prime lens, but that can wait for now. I am doing a 6 day bushwalk this week and needed a general wide angle that I can get great results with.

Saying that I don’t pixel peep…. I did zoom in to 100% on both the above RAW files and I can definitely notice an improvement to the sharpness of the image.

I applied my normal corrections that I do in Camera RAW:

I then opened the two files to do a quick edit in Photoshop. 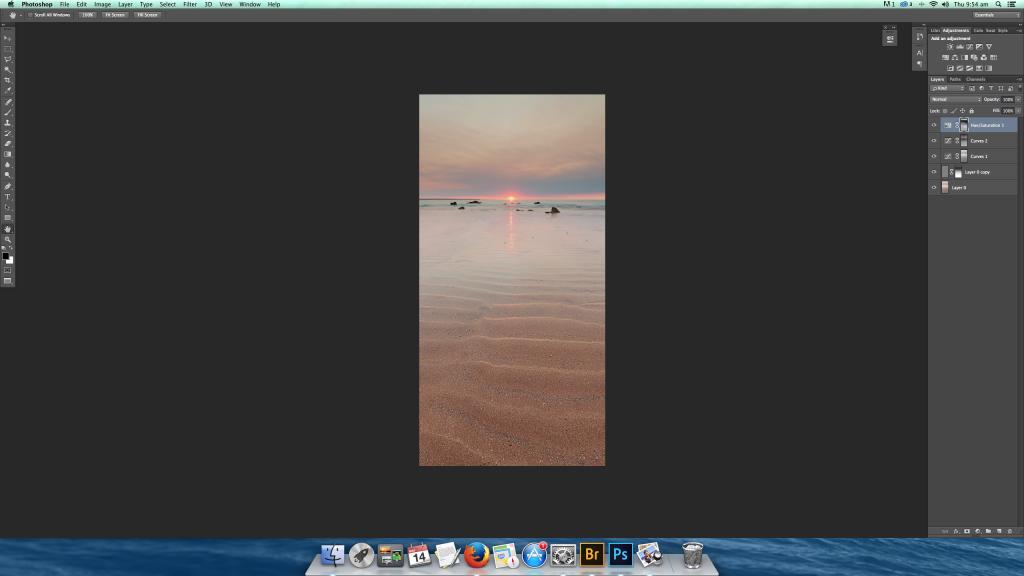 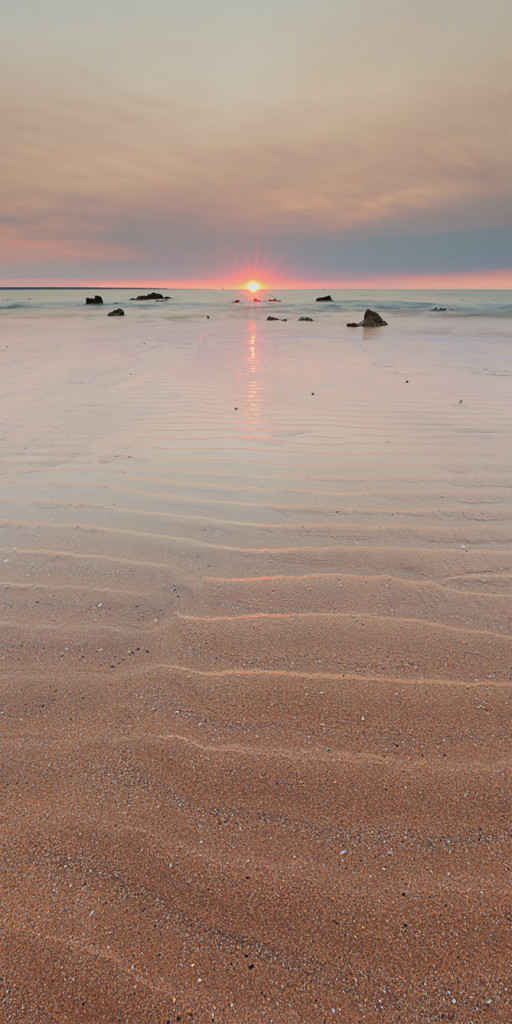 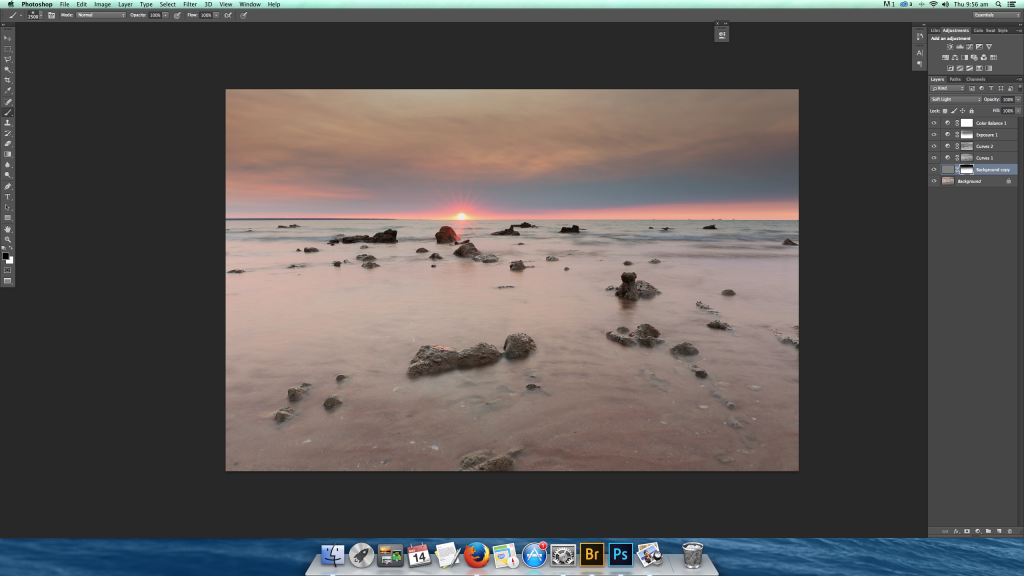 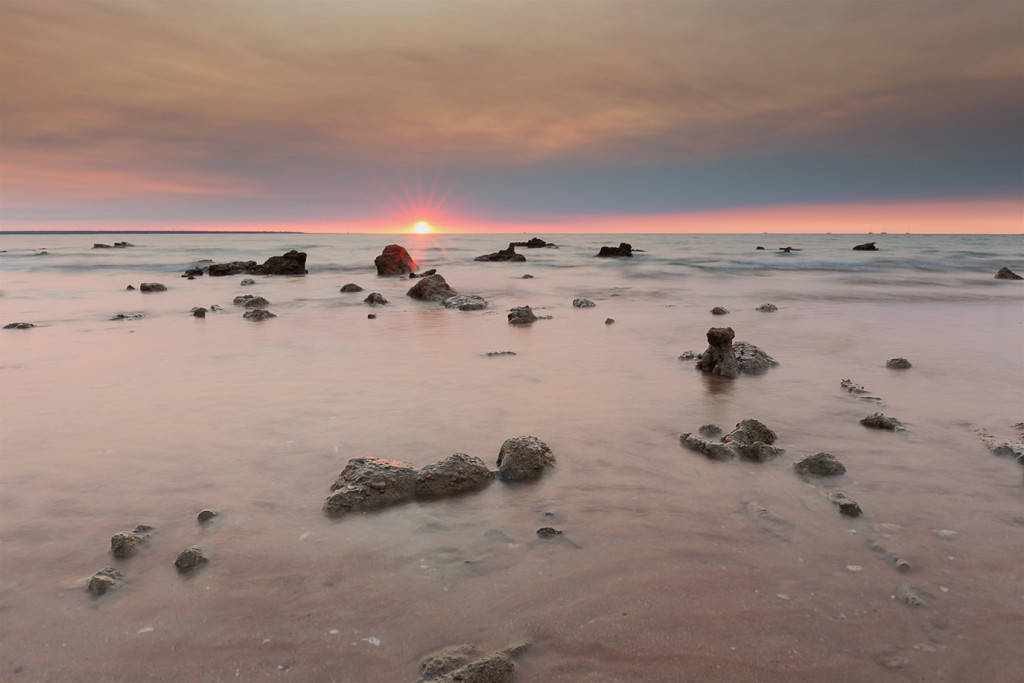 Not the best shots but hopefully it illustrates that the minimal distortion is correctable. The results from this lens are definitely noticably sharper than the 17-40mm.

I also actually found that the vignetting wasn’t as noticable as I first thought. Although I applied lens correction automatically in Camera RAW, there was no need to manually apply any vignetting correction after this.

First impressions are good! And for just about the same price as the 17-40mm F4, I would definitely go for the 16-35mm instead of the older lens (no brainer, huh!?). I’m actually surprised how much I noticed that extra 1mm wider as well. I must have been too attached to the 17-40mm! I don’t think I will miss the 5mm at the end – the only time I used the 40mm end of my old lens was when I was taking a series of shots to stitch a panorama. With the 16-35mm and less distortion there should be no dramas with stitching a series of shots at the 30-35mm end of this lens. (Hopefully….. as I will be testing this out on the Jatbula trail next week!)

If you’re using this lens or any other great (or not great) wide angle lens, would love to hear from you in the comments!